Single-platform Digital Marketing can be deadly for your business

Recently, I’ve been working with a client (we’ll call him “Steve”) who found out the hard way that having all his digital marketing eggs in only two baskets (i.e. online platforms) could have devastating effects on his business, and I wanted to share this as a warning so that you can take measures to prevent the same happening to you.

Steve is a local tradesman, and almost all of his work came from two sources – Google My Business (now integrated with Google Maps, where he has hundreds of excellent reviews) and his website, which ranked on the first page of Google. Things were going well until two awful things happened, one after the other.

First, he’d been paying his web designer to rent his old website (including the domain); he was entirely at their mercy when they decided to triple the monthly fees. It was unfeasible for him (and understandably so, they were a lot for any solo tradesman). I’ve already written an article about why this is such an awful business model for customers, and Steve reasonably decided he needed a new web designer, his own domain name, and a website that wouldn’t be held to ransom. So, we started building a new website for Steve, knowing that it would take a good while before his search engine ranking could compete with his old domain, but hoping that the Google My Business profile and its incredible reviews would prop things up in the meantime. After all, this is where most of his leads came from – his website was a secondary presence.

Then, disaster struck – Google removed his profile. They didn’t even tell him – suddenly, the phone stopped ringing, and it took several days to figure out that although he could see his profile when logged in, it was no longer public. Steve was dead in the water.

Google – at the mercy of a tech giant

Google are notorious for taking their sweet time to resolve issues like suspended profiles. Whether it was an algorithm change that swept his profile away due to new guidelines that had never mattered before (such as using an address in place of a service area), or whether someone got a bit… malicious and hit the “report” link – Google’s processes seem by and large the same: they don’t tell you why your profile was removed, nothing gets reviewed until it’s been reported as a mistake, and if they decide it should remain suspended there’s no guarantee they’ll be kind enough to inform you as to why.

Google is too big to care about a tradesperson in the English midlands and the fact they’ve just wiped out his ability to provide for his family. It’s disgusting, but it’s not surprising, given that it’s a business built on global-scale algorithms and automation. Information is their product – and unless you’re using a paid service, you’re not considered a customer worthy of actual support. To them, you’re just more information.

If it’s a free platform, YOU are the product

It’s not just Google that’s “too big to care” – Facebook/Instagram (“Meta”) is also notoriously bad at providing support for broken profiles and bugs (after all, most of the time WE are their product and not their customers, unless we’re paying for ads). But there’s very little getting around the fact that social media platforms are a vital part of digital marketing. We’re at their mercy, but they’re also very powerful beasts which we can and should use to our advantage.

How can we minimise the risk?

If you’re putting all of your eggs in one basket – make sure you own the basket!

You, and you alone, should always own your domain name, and you should own your website files if possible.

Your search engine ranking is usually on a fair and steady playing field and isn’t as likely to disappear (unless there’s something majorly wrong with your website, such as plagiarised content or it’s been hacked), but it’s tied to your domain name. Change your domain name, and you’ll have to build a new score for your new domain, regardless of whether it’s pointing to the same website data.

While web-builder platforms like Wix, Squarespace, and WordPress.com are a cheaper option if you can’t afford a self-hosted solution (such as a custom site based on WordPress.org) and are relatively reliable (if you’re on a premium-enough plan for them to provide support), you’re still only subscribing to your own website, just as if someone had pre-built a website and is now letting you use it to generate leads.

Make sure you own your website to the best your budget can allow, and keep it hosted and maintained somewhere safe with someone you trust who can provide you with a package of your website files on demand whenever you want them, no questions asked. That’s how you know that they’re yours.

Use multiple platforms to prevent disaster

You can’t really escape tech giants – that’s where the traffic is, so that’s usually where your customers are. But you can encourage multiple streams of traffic heading your way and landing on your website. Not only will it help with search engine ranking for your website to have regular visitors being pointed there, but it means that if your Facebook/ Pinterest/ Tiktok/ Google/ LinkedIn/ Twitter account suddenly has issues, it’s not all-or-nothing for you, and you can survive until the issue is resolved or until you can pick up the slack on another platform.

After three weeks, Steve’s business profile has finally been reinstated – although it’s lost its top position and will take time to recover to its former glory, and his website has a way to go before it’s outranking the old domain in the search results – such is the price of launching under a new domain, no matter how good the SEO is. Three weeks is a long time for a tradesperson to survive only on referrals in a busy city, but now we can work on building his web presence across multiple platforms and keep his phone ringing consistently. 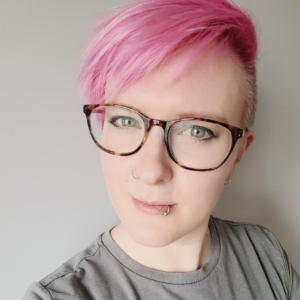 Lexi’s goal is to empower freelancers and SME owners to make the most of their digital channels, unleash their inner creativity, and utilise the right tools for them to organise their digital marketing and business practices.
Envelope Linkedin Whatsapp

7 answers your customers need to find on your website!

When our “why” isn’t inspirational

Get The Latest Updates

No spam, notifications only about new products, updates.

PrevPreviousWhat is a Landing Page?
Next7 answers your customers need to find on your website!Next
Ready for more?

Grammarly is a hugely popular AI writing assistant to help you polish your written content – but is the Premium subscription worth it? Here’s what you need to know.

If you’re responsible for marketing your business (or someone else’s), you’ve probably seen several social media advertisements for content-creation AI. Is it evil? Is it helpful? Let’s talk about what

7 answers your customers need to find on your website!

When we’re particularly passionate about our business, we can sometimes forget that our customers are not experts in what we do! It’s our job to educate them about our brand,

When our “why” isn’t inspirational

Sometimes our reason for being in business isn’t noble or inspirational – it’s functional. How do we rewrite our story to inspire others and ourselves?

You know you should blog, but are you struggling to find the motivation?

Imagine if it could be easy and enjoyable, so you could be more productive and unleash your creativity!